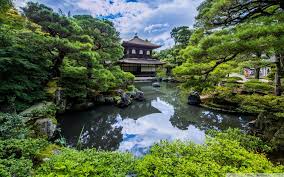 Zen Buddhism originated in Japan in the 12th century as an indigenous version of the Chan school, which originated in 7th century China. The founding myth of Zen is that the Buddha silently held up a flower, twirled it and winked. Zen is the only major religious or philosophical tradition that didn’t begin with an utterance of some kind.

In Zen, language adds to reality in that it creates an extra layer on top of it, and this in turn subtracts from reality by obscuring its fullness. One of the purposes of some paradoxical koans – such as “What color is the wind?” or “When you can do nothing, what can you do?” – is to draw our attention to the inadequacy of words and how apparently perfectly well-formed sentences can be meaningless.

Despite their disavowal of language, Zen teachers have left a lot of written words. Many see this paradox as an imperfect compromise, explaining that if nothing was ever written down, then the ways of guiding people would be lost. Thus the Zen school has resigned itself to publishing the records of the ancients, though this is not what they would have wanted.

How the World Thinks: A Global History of Philosophy
Julian Baggini