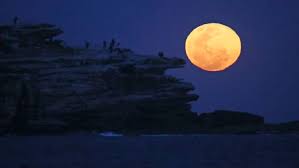 The oldest ‘calendars‘ are vast archaeological sites that aligned posts or megaliths (giant stones) with the rising of the Sun or Moon on significant dates, such as the summer or winter solstice. The earliest structures built as calendars seem to be designed to help calculate the solar and lunar months. Priest-astronomers used these.

Prehistoric astronomers left no user manuals for their monuments – their uses had to be rediscovered by archaeoastronomers – archaeologists with knowledge of astronomy.

Calendar development was often driven by the need to fix religious festivals and observance, an impulse that continued with the formation of new religions such as Christianity and Islam. Both put astronomy to use in this way.

Arab astronomers and engineers were zealous in their pursuit of improved methods for keeping time so that daily prayers could be received by the devout at the right time.

Time-keeping on a larger scale was essential in scheduling religious festivals.

Time is naturally divided astronomically by the Earth’s orbit around the Sun (a year), the Earth’s rotation (a day) and the phases of the Moon. A lunar month (a full cycle from one new or full moon to the next is approximately 29 1/2 days. A year is 365 1/4 days.

Inconveniently, a year is 12.37 lunar months long. For early societies, a lunar month was a useful and countable period of time, one that could be easily observed and checked just by looking up at the night sky.

But if you use 12  lunar months as the basis of your year, the calendar will drift out of sync quite quickly. It will be a month out after only 3 years, and 6 months out after 18 years. To avoid this, an extra (intercalary) month has to be added every few years.

The ancient Egyptians began their year with the rising of Sirius (which they called Sopdet) above the horizon before sun rise.

Origins of the Chinese calendar can be traced back to 14th century BC, though legend says it was invented in 2637 BC.

How the World Works: Astronomy: From Plotting the Stars to Pulsars and Black Holes
Anne Rooney

One thought on “How Did Ancient People Use Calendars?”