In ancient Greece, since each city was autonomous, the Greeks failed to develop a loyalty towards a union of the whole Greek world. They could not organize and act together, and their lives were spent in violent conflicts. Plato, it is true, dreamed of an ideal society, but it was conceived as a city state, not a common-wealth of mankind. 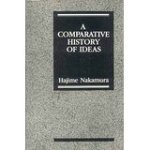 Professor Hajime Nakamura was one of the great authorities in Indian Philosophy and Buddhist Studies.

Nakamura was an expert on Sanskrit and Pali, and among his many writings are commentaries on Buddhist scriptures. He is most known in Japan as the first to translate the entire Pali Tripitaka into Japanese. This work is still considered as the definitive translation to date against which later translations are measured. The footnotes in his Pali translation often refer to other previous translations in German, English, French as well as the ancient Chinese translations of Sanskrit scriptures.

Because of his meticulous approach to translation he had a dominating and lasting influence in the study of Indic Philosophy in Japan at a time when it was establishing itself throughout the major Japanese universities.

He published more than 170 monographs, both in Japanese and in Western languages, and over a thousand articles.

Some Books by Hajime Nakamura: