With the progressive organization of early society into urban civilization the concept of a capricious interplay of forces behind the ever-shifting phantasmagoria changed into the idea of a systematized hierarchy of forces of nature; eventually “force” as such was personified into a spirit or god of overwhelming power. Such personification was characteristic of ancient mythology which, as the only body of systematized thought of those times, was not only the cosmology but also the “physics” of the prescientific stage. 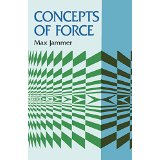